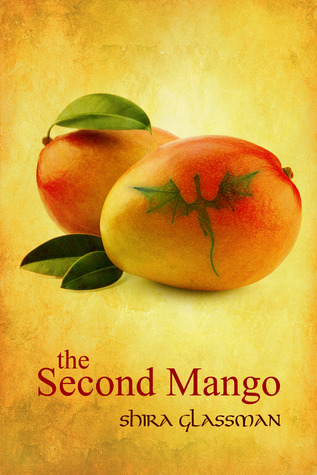 Queen Shulamit never expected to inherit the throne of the tropical land of Perach so young. At twenty, grief-stricken and fatherless, she’s also coping with being the only lesbian she knows after her sweetheart ran off for an unknown reason. Not to mention, she’s the victim of severe digestive problems that everybody think she’s faking. When she meets Rivka, an athletic and assertive warrior from the north who wears a mask and pretends to be a man, she finds the source of strength she needs so desperately.

Unfortunately for her, Rivka is straight, but that’s okay — Shulamit needs a surrogate big sister just as much as she needs a girlfriend. Especially if the warrior’s willing to take her around the kingdom on the back of her dragon in search of other women who might be open to same-sex romance. The real world outside the palace is full of adventure, however, and the search for a royal girlfriend quickly turns into a rescue mission when they discover a temple full of women turned to stone by an evil sorcerer.

The Second Mango, the first entry in “Queer, Jewish, feminist author” Shira Glassman‘s Mangoverse series, is a sweet f/f fairy tail romp that doesn’t take itself too seriously, and which offers readers plenty of breezy fun. The characters are likeable and the story is pure “save the kingdom and get the girl” entertainment. The action takes place in a fantastic tropical kingdom with elements of Judaism woven into the land’s religion and mythology, creating a fascinatingly diverse environment. Witches, dragons, shape-shifters, and magic blend with distinct characters and feminist themes in this fantasy adventure.

The Second Mango is Glassman’s first novel, and perhaps the writing isn’t as developed as it might be, but the characters and the story definitely make this a title worth picking up. There are plenty of delightful elements that create a unique and enjoyable story, in particular Glassman’s willingness to break free of traditional story tropes. Stereotypes are turned on their heads by the sweet and girly lesbian heroine who enjoys dressing up in pretty things, and by the straight female protector who is tough and taciturn. The two main characters are women who are neither love interests nor rivals, and who are able to work together and form a close bond based on mutual admiration and eventually respect. The heroine also has food allergies – something that many readers will be able to relate to, but which doesn’t often feature in novels.

Fun and character-driven with a neatly packaged happy ending, The Second Mango is pure entertainment, which is something that’s desperately lacking in LGBTQ novels, especially for young people. Why shouldn’t LGBTQ characters have exciting adventures and happy endings? Coming-out stories and tales of struggle and challenge are vitally important, but so are romantic stories, and fairy tales, and comedies, and swashbuckling adventures – the same kinds of stories that have featured heterosexual and/or white characters for generations. Truly diverse literature means having stories that present LGBTQ characters as multifaceted entities whose lives are defined by more than their gender identity or sexual orientation.

Be sure to check out the children’s literature blog The Book Wars for an interview with Glassman, in which she talks about her writing process and inspiration.